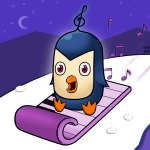 Oh hey there. I'm Random-storykeeper, also known as RSK. I started playing Cave Story in December 2012, but didn't get the best ending until about three months later. It's that second room that always seemed to determine whether I passed or failed in the Sacred Grounds hehe.

I'm an avid Nitromian and pretty big on browser gaming. Some favourites of mine are Final Ninja Zero and Ripple Dot Zero. Aside from that, I love playing the piano and using ORG to make music.

Just a place to leave notes for future use.

Why did the files number disappear from the right rail? :/

Anyways this wiki has

Retrieved from "https://cavestory.fandom.com/wiki/User:Random-storykeeper?oldid=18986"
Community content is available under CC-BY-SA unless otherwise noted.